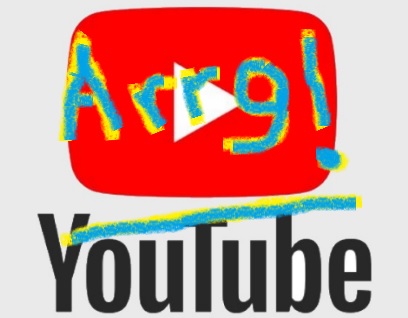 It Has Been An Annoying Struggle

The title says it all, and I am referring to uploading content to YouTube.  Let me clarify; it’s not hard to load up good looking video content from retro games, but when it comes to loading good looking content from a higher end game, even one that is already almost ten years old, it’s a real struggle.

The past several days I have been trying to figure out a good balance between recording video from a game like Skyrim SE and then encoding it to upload to YouTube and have it looks as good as it possibly can – without it taking more than six hours to upload a video that is around an hour long.

Youtube always degrades video to make it viewable to a wide variety of users across a wide variety of data access and hardware, and it is really noticeable on higher end games just how much video game resolution suffers on playback.  Skyrim SE looks amazing on my computer screen, and it looks amazing when I am editing video… but then when I upload it and look at it on YouTube it looks like crap.

Bitrate and aspect ratios has a lot to do with getting the video to look ‘better’, but it can take a dozen hours to upload such a video with high markers… and then YouTube still degrades the replay and it looks rough.  So in some ways it is not worth trying to push bitrate.

I’m trying to make a cinematic video game story and share it on Youtube.  The biggest issue is uploading content to YouTube and having it look as good as I can live with.  I’m just going to have to accept the fact that it is not going to look so great when playing back on YouTube.

I hope people will tune into the game play videos I am trying to make of that game… we’ll see.

It All Boils Down To Balance

I will not accept upload times that take several hours and longer for an hour long video, only to have the video still look blurry because YouTube makes it so.  That sucks and is annoying.  However, I will accept a video, grudgingly so, that takes 3-4 hours to upload that is only an hour in length and have it look slightly less than the high bitrate video which still looks blurry anyway.  Got that internet!?!?

The past couple days I really put my head down and did lot of YouTube upload and clarity testing.  Starting today I will be going back to play-recording a Skyrim game and producing cinematic styled videos around the ‘chapters’ of game play.

Once I get myself a on a schedule of recording, producing, and uploading the Skyrim videos, I will be returning to some retro game play videos as well.  After all, still love that Commodore…