The name “Upstairs Room Software” was created by a small group of Commodore 64 gamers back in 1985.  There were just a handful of us and we lived close to each other in the same 3-4 block area.  The main function of our group was to collect and play games on the Commodore 64 computer.

The group was aptly named because each of the members had their computers in their bedrooms… and everyone’s bedroom was located on the second floor of their home. 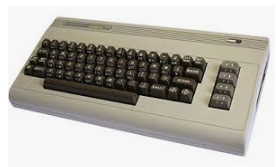 Sometimes a few of us would get together at one of the member’s houses and play the newest game or games that had been purchased.  There were hundreds of games on the store shelves for those C64 computers, and they all had enticing box cover art that sucked you in and made you want to buy them.  Many of the games played were original copies.

However, it wasn’t always about buying and playing the latest purchases.  Sometimes we would get together to try and make copies of the games other members had.  Copying computer games back in the 1980s was out of control.  Everybody was doing it, but that didn’t make it right, it was highly illegal. 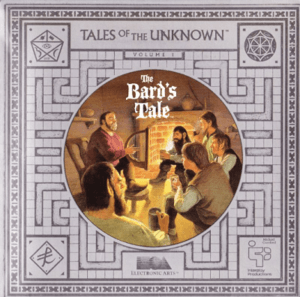 Through the 80s and into the early 90s the members of Upstairs Room Software eventually upgraded to the Commodore Amiga line of computers.  The group’s goal was the same; collect and play games on the Amiga 500 computers.  I don’t recall any of us having a console gaming system that was used for more than a month…  We all preferred to game on the C64, C128, or Amiga.

By the mid 1990s Upstairs Room Software was no more.  The member’s graduated high school and moved on to college, the military, families, and careers.  Only two of the four members remain in regular contact and gaming is not commonly discussed.  But when it is good memories are remembered.  It was a simpler time when gaming required more imagination and as such more immersion.

My name is Tim and a few years ago I created an Upstairs Room Software website with the intent to document my making of retro themed games using Construct 2 & 3, as well as RPG Maker MV.  I did succeed in making a few games years ago, but it was incredibly time consuming and I didn’t have the time needed to really commit to making games.  Sadly that earlier re-birth of Upstairs Room Software died off.

This new website (this website) is being created during the Covid 19 Pandemic.  Many people here in the United States and around the world are being told to stay at home if at all possible… being stuck indoors at home for me means watching movies, reading good books, and playing video games… usually retro video games.

And so here we are.

I’ll be emulating the Amiga and C64 using this fully licensed emulator software.

This new creation of Upstairs Room Software is all about playing games and not making them.  I plan to make some gameplay videos and share them on YouTube.  Most of the gameplay videos will feature retro games, but a few may be of newer indie games, and others may be updated games based on the retro games I played as a kid.  I will likely suck ass at some of the games – I’m getting older and my hand to eye coordination is not what it used to be.  But I’m doing it anyway.

Master, Rook, Bishop, Blackthorne…  We were the four.  Good memories.

Looking Towards The Future Of Computer Gaming

It was a bumpy road to getting this website and my YouTube channel setup.  Things went fairly well in April and May of 2020, but then died off as summer came along and my other big hobby of hiking, camping, canoe tripping, and similar things got in the way.

Moving forward I plan to keep this website and my YouTube channel active with content.  Some weeks there may many posts and videos added, other weeks not so much.

Andrew Koss of Hudson…  You out there?