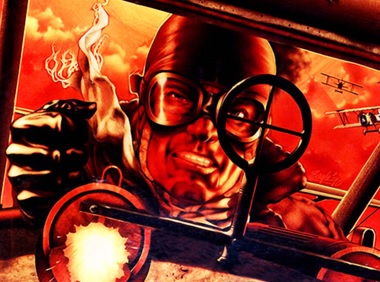 Wings Remastered!  Several years ago there was a Kickstarter campaign by Cinemaware to update and bring back to modern gaming the hit Commodore Amiga classic, WINGS!

I of course supported the Kickstarter campaign and was super excited to do so.  The game did get made, and was released to the backers and also to people on Steam.

Is Wings Remastered as good as the original game made for the Amiga?  I would say yes and no.  There is that certain element of nostalgia embedded in my brain and heart from playing Wings back in 1990 on my Amiga.  However, the Wings Remastered edition is very excellent and goes a long way for me to brig that gap between my childhood and adulthood.

Adventure! Here There Be Dragons!