I never owned this game on the Commodore 64, but I did own it on my Amiga 500.  Here in the United States it was not called Barbarian, it was in fact called Death Sword.

Maria Whittaker, pictured next to Steve Brown from Palace Software. Having her on the game box certainly sold many copies!

I am showing the Barbarian box cover art on this page and on my YouTube page because of Maria Whittaker, the young lady you see there all scantily clad.  She was a pinup model back in the 1980s and a little into the 1990s.  The Death Sword box cover just had some hairy barbarian looking dude on the cover… not at all appealing.  So I could have shown you a hairy dude game box cover, or a game box cover with a lovely lady.  You’re welcome.

Actually, the muscular barbarian dude on the box cover with Maria is Michael Van Wijk, he was on a TV show called American Gladiators… he was the Gladiator known as Wolf.

Barbarian and Barbarian II sold well overseas… likely in part because of the box art with the beautiful Maria Whittaker and how it got the blood in teenage boys boiling.

The game itself was not overly deep, and was much more enjoyable as two player.  You could actually cut off your opponent’s head!  It was a rather big deal back in the late 80s.  If you couldn’t find a buddy to play the game with you there was always playing against the computer, which got better and better as you progressed through the levels.

Be sure to check out the Wiki for Barbarian: The Ultimate Warrior here.

You can find my YouTube Video by clicking the image below! 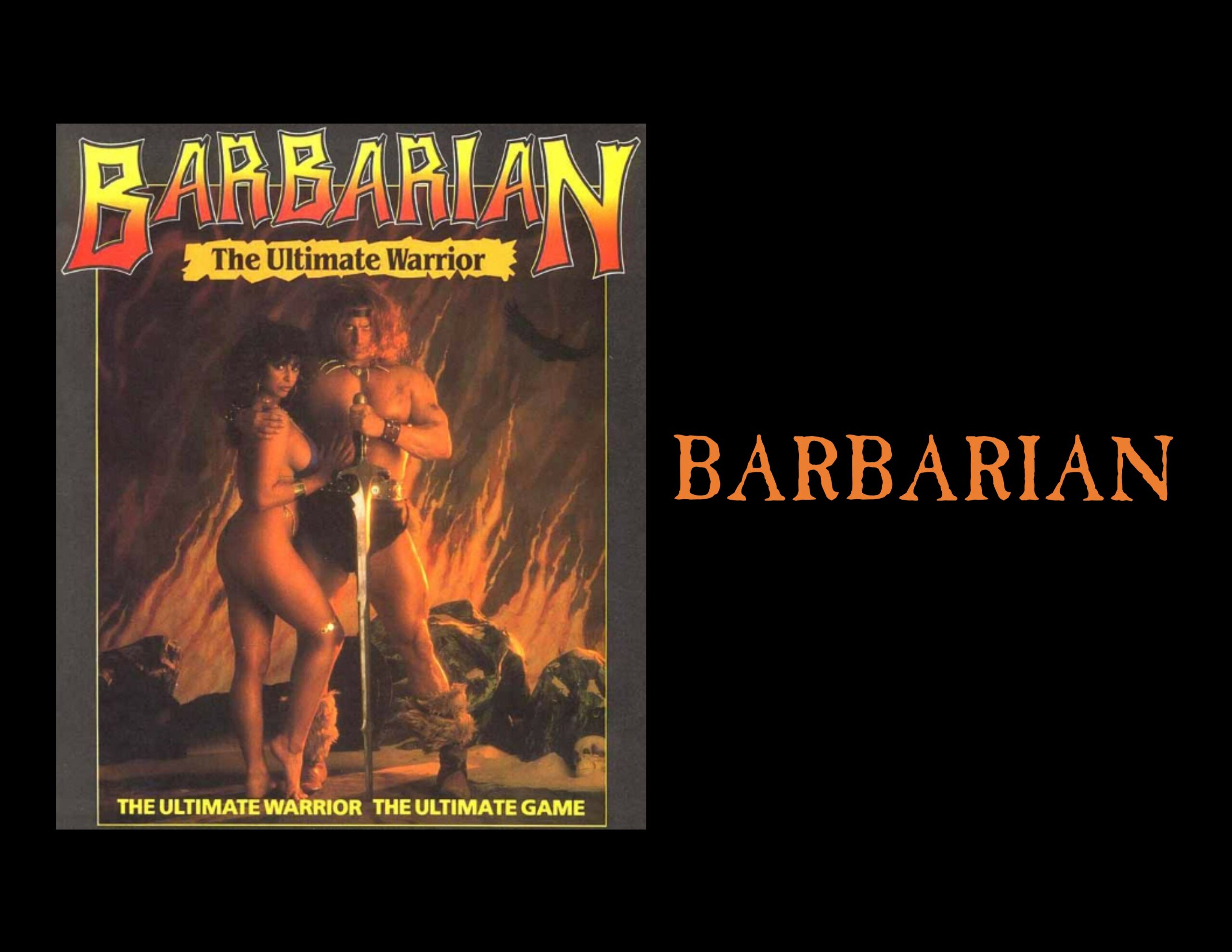 Now, go do some retro gaming!