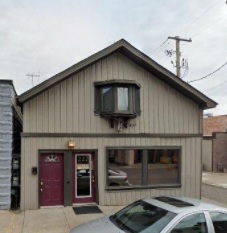 I’m struggling to remember the name of a little Commodore computer shop that used to be located in downtime Stillwater, Minnesota. It was called either Reliant Electronics or Reliant Computers. It really annoys me to no end that I can’t remember the exact name of the store.

The Owners Of Reliant

I think the name was Reliant Electronics, and not Reliant Computers. Anyway, I remember the owners well, a father and son. The son was Grant Skoog, the father was Ryhner Skoog. Their store was all about the Amiga line of Commodore Computers.

My parent’s bought my Amiga 500, the extra external drive, a new dot matric printer, and a monitor from Grant at Reliant in 1989. In the following years I would frequent the store to primarily buy blank 3.5″ floppy disks, but also to say hi to both Grant and Ryhner.

The store/house where Reliant Electronics used to be located.

They were good people. Always friendly and casual with conversation. Most store visits would last 10-15 minutes, and I can’t for the life of me recall there ever being another customer in the store. Which was okay with me, as the main front room was small. Adding a couple other people to the space would have made it felt packed!

My Friends And I would Go There

Myself and two of the other members of Upstairs Room Software would swing into Reliant every couple weeks to say hi to Grant and Ryhner and just poke around the store.

They didn’t carry much software, aside from production focused applications. I don’t recall seeing games on their small shelf space. I also don’t recall seeing much boxed hardware other than some mouse, modems, external drives, some cables, and more misc items.

I’ve been trying to recall many moments of my life from the mid 80s to mid 90s that revolved around the Commodore Computer scene I loved. I recently went back to Mapplewood Mall, in Maplewood Minnesota, to walk around and remember the place as it used to be. It was sad because the mall is slowing dying, and none of the stores I enjoyed going to, such as Electronic Boutique or the big arcade where there (and I knew they wouldn’t be).

My visit to the mall got me thinking about Reliant Electronics and Grant Skoog and his dad. I don’t recall when the last time it was that I stepped foot in their store. I suspect it was 1992 or 1993. It was around that time I was finishing up high school and dating before going off to college.

That was roughly thirty years ago. I wonder if Grant Skoog is still into the Commodore Amiga and the retro scene?